Mina Miller Edison (1865-1947) ​was the second wife of Thomas Edison and she shared with the great inventor the last forty-five years of his life. She called herself a “home executive” and she was a remarkable woman in her own right. The presentation is set as if at her home in Fort Myers, Florida. 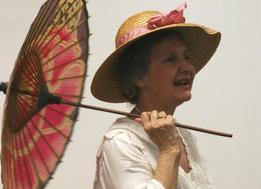 (This is just a sample of the more than 43 characters available. Please contact us to discuss your theme.)

Mary Cassatt (1844 –1926) American painter Mary Cassatt shocked her parents by revealing her intention to become a painter. Nowadays, she is considered a member of the French impressionists. Best known for her series of paintings of a mother and child, she also portrayed fashionable society. The paintings of Mary Cassatt, filled with light and joy. She was at her best in her relations with other artists, for only in this environment did she consider herself among her intellectual equals.

All presentations are presented in period costume. 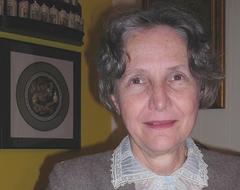 Mrs. Tidbit, a loquacious and vivacious widow, can tell you all about the goings on, goings out and about, and the ups and downs of living downtown St. Petersburg in the 1920s.  If you have ever wondered about what it was like to live in Florida during prohibition, when the bridges and the railroads were being completed and everybody was encouraged “for their health” to retire to Florida, even to purchase some swamp land; then this narrative journey into another time period is bound to be fascinating, entertaining and thought provoking. 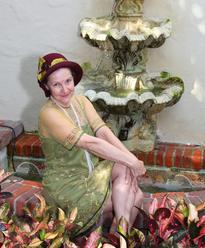 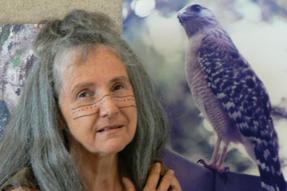 ​Berenice Abbott (1898 – 1991) From photographic assistant to great American photographer, Berenice became known for her work documenting the changing urban scene in the post-depression era. She was also an inventor of photographic equipment and a well-respected pioneer of photographing scientific phenomenon. The presentation begins as Berenice prepares for her move to Maine after living in and chronicling New York City for more than 30 years.

As Moving Clouds, Nan tells the story of the arrival of the Spanish to the shores of Pinellas County in 1528, from the perspective of this Tocobaga Indian woman.  The Tocobaga lived around Tampa Bay for more than 1000 years before the Spanish arrived.  They were almost exclusively fishermen, and they harvested tons of oysters and clams from the gulf.  One day, strangers came from the water and changed their world forever. 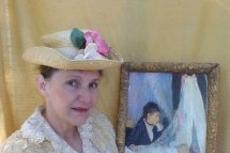 Agatha Diggit (Ficticious) In the guise of a fictitious archeologist "Agatha Diggit" - Nan relays new skills and techniques to be “dug up.”  What is old will be made new, and stories from the past will become relevant to today’s listener. Stories told include: Aesops - Fables, Classical Greek and Roman myths; Historical facts, original anecdotes and multiple quotes. 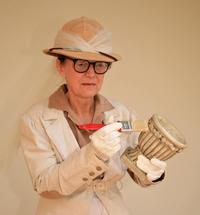 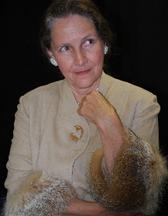 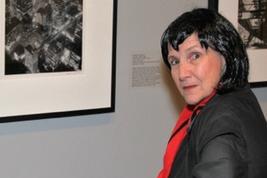 Miep Gies (1909-1999) While millions of people all over the world know about  Anne Frank, far fewer are aware of Miep Gies, the woman who sustained Frank and her family in hiding during World War II. The humanitarian actions of Miep in Nazi-occupied Leiden have had a special and enduring impact. Were it not for Miep Gies, the world would never have met Anne Frank. 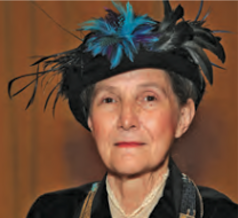 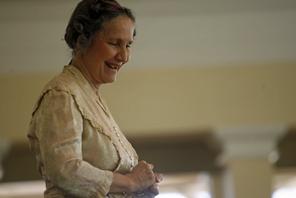 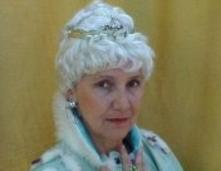 Agatha Christie ​ (1890-1976) one of literature’s most famous mavens of murder. Murder mysteries that is. This prolific writer was famous for her mystery novels including Murder on the Orient Express, Death on the Nile, And Then There Were None, as well as for her famous detective Poirot. Nan's portrayal is a biographical journey in the guise of a book signing event. She explores the author's early years, first marriage and eventual second marriage and fascination with archaeology. A must see for mystery enthusiasts. 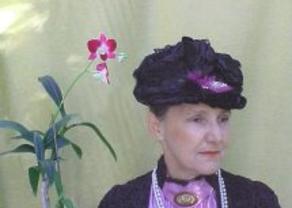 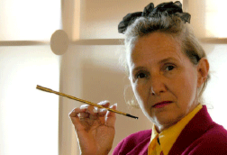 Isabella Snodgrass  a fictitious Victorian lady, who talks about what it is like to live in London in 1880s. The presentation draws attention to the sharp contrasts and similarities between a woman’s place today and yesterday.

Berthe Morisot (1841-1895), a 19th century impressionist painter, was an accomplished artist who struggled to be recognized as such because she was a woman. Nan's presentation gives you insight into Morisot's life and work as well as her famous friends like Manet, Degas and a host of other notable impressionists of that era.

Clio, the Muse of History  is presented in an authentic replica of a Muse’s costume and Nan recounts the ancient myths that are the experiences of mere humans and that touch on fundamental issues of existence. These timeless stories and themes are the most widely known legends in the world. The ancient Greek myths have fascinated generations and influenced our modern culture and our western art. The selection of stories includes the story of “Aphrodite”, goddess of love and beauty; “The judgment of Paris” ; the stirring legend of “Helen of Troy” and the “Wooden Horse”; the “Trials of Hercules” and the adventures of “Daedalus and Icarus”. The presentation includes active participation with the audience assisting in the enactment of the story. 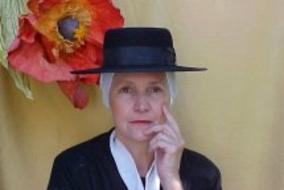 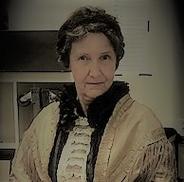 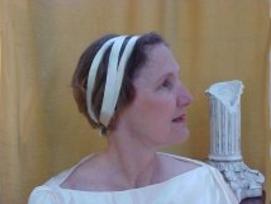 Margaret Bourke White (1904-1971)
Her life was more dramatic than her photographs. For forty years she captured the great events of her time with her camera and she always came away with stories that commanded world attention. From becoming the first woman to accompany the Air Corps on bombing missions to being the first and most celebrated photographer to document the horrors of Nazi concentration camps at the end of WWII. Bourke White was also the last person to interview Mohandas Gandhi before he was assassinated. The presentation is set during Margaret's later years looking back at her life and career.

Catherine the Great (1729-1796) was one of history's most unlikely rulers. She is also one of Nan's longest running characters. This presentation is a live portrait of the Empress of Russia as ruler and woman. Catherine was a politician, diplomat, educator, art collector. With her elaborate costume, Nan brings this larger than life figure to life sharing the Empress' life  through historical facts and anecdotal stories from Catherine's own writings. 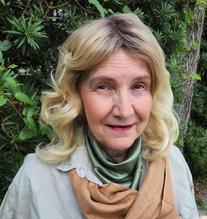 Dora Maar (1907 – 1997) was a painter, photographer and Picasso's private muse. She was a woman who passionately loved a genius. Through Nan's performance the audience learns how Dora chronicled, through photography, the creation of Picasso's masterpiece GUERNICA.

Georgia O’Keeffe (1887 – 1986) was labeled as one of the most influential artists of the 20th century. Her vividly colored landscapes and large representations of flowers are easily recognizable.
During her marriage to Alfred Stieglitz (an internationally known photographer) Georgia lived and painted in New York while spending summers at his family’s retreat at Lake George, New York . Then in 1929 she discovered New Mexico. The magnificently colored landscapes of the northern New Mexico desert was O’Keeffe’s inspiration for many of her works in oil until the 1970s.  The performance includes the transformation of Georgia O’Keeffe’s shift from painting to sculpture as the artist’s vision began to fail.

Harriet Beecher Stowe ​(1811-1896) spent many of her later years living in Florida. Although she is most famous for her novel 'Uncle Tom's Cabin,' she is also noteworthy for a collection of stories about Florida. These stories were inspired by Harriet's own experiences, shortly after the Civil War, when she 'wintered' in Mandarin, Florida along the banks of the St. John's River. First printed serially in national journals, public demand insured the stories would be reprinted as a book, 'Palmetto Leaves.'
Harriet became one of the top promoters for the state of Florida with 'Palmetto Leaves.' What she proposed, she practised. The tourist industry was greatly stimulated by the publication and the Stowe house in Mandarin, Florida became an attraction, as well.